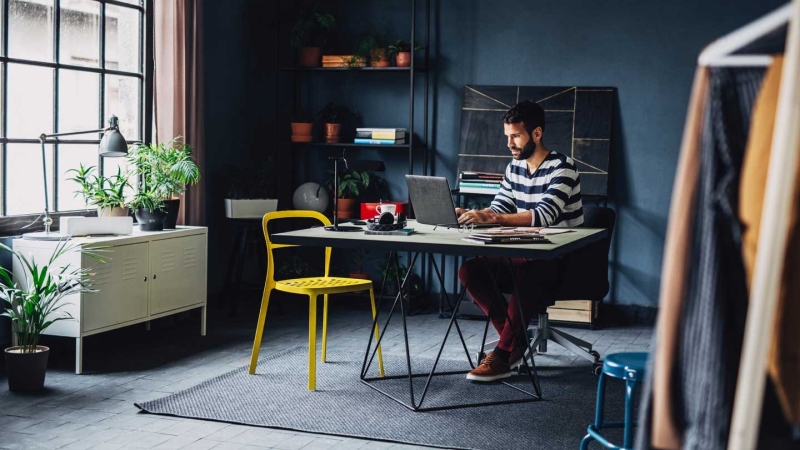 Modern Productivity Inspired by Classic Life Hacks from the Past

You may think that Life Hacks were invented around the same time computers and the Internet hit the scene, but this isn’t the case. In fact, putting on your time goggles, you can look back and see that Life Hacks have been a part of human history since … well, the very beginning, or at least as long as we’ve been writing things down. As proof of this (and to put a smile on your face), let’s take a look at these little adventures in time that have Life Hack written all over them.

This short tale on our journey through history has us stopping tens of thousands of years ago to those first Life Hacks – tools made out of bone. There was, of course, the bone chair, which wasn’t very comfortable and was quickly scrapped (literally.) Then there was the bone birdhouse, which didn’t go over very well for some reason. Finally, man struck upon making hooks for fishing out of bone. Also, implements to get the hair in place. These were Life Hacks that were appreciated by many.

Ugh. Or … the Evolution of Language

While pointing and grunting must have been adequate to get some points across, the use of language was a Life Hack that had dramatic results. No longer hampered by spending two hours trying to gesture your point, humans were able to leap forward on the evolutionary scale. This was quite a productivity boost as you might imagine. Today, language allows us to learn about and share Life Hacks, making it indispensable. In fact, there are many Life Hacks that center around language and communication – making it easier than ever before.

Read Also:  How Being a Geek Made Me More Productive

Yes, the invention of clothing. This was probably one of the earliest and most ingenious Life Hacks. It changed life, but it also allowed men (and women) to get around more in inclement weather and be a little protected against the elements. This led to revolutions in time productivity. How do you think the idea to keep dropping seeds in the same place came about? But seriously, the invention of clothing has to be one of the biggest Life Hacks of all time.

The Invention of Time (Well, the Calendar or Keeping Track of Time)

The invention of the calendar – be it lunar, solar, or the long-view Mayan calendar – has to be one of the most amazing Life Hacks ever. Set aside nifty iPhone apps that link this or that calendar with yours and just think about what it must have been like before calendars. Okay, perhaps it would have been a little less stressful and more fun. Still, do you think a lot was done before the calendar? Oh yes, Mr. Chong, we will pay you back … eventually. Poor Mr. Chong with no way to say, “Hey, you need to pay by this time or else!” And that led to a more productive world in general. Progress ensued.

Peer to Peer Books and the Printing Press

Before the invention of the printing press (in China or the West), things were being written down, but books were tedious to make and were expensive. Only the rich owned them. There were great libraries, but when disaster struck like in Alexandria, a lot of human knowledge was lost – some of it forever. One of the greatest Life Hacks ever, the printing press allowed books to be mass produced. The invention led to a lot of other inventions over the years, but taken by itself, it’s quite a LifeHack. Nothing against the Monks who were put out of work soon thereafter, but it was one of the better things to happen in the history of man.

You may have thought I was going to say the phone is one of the greatest Life Hacks of all time because it allowed people far away to talk and collaborate, I’m going to go in another direction and say the answering machine (or voicemail) is one of the greatest Life Hacks. Without voicemail, there would be no call-screening. Well, until caller ID was invented. Okay, I’ll lump all telephony equipment and technologies together for this one. The truth is, some of today’s smartphones have more processing power than the Space Shuttle, and the original IBM computers put together. Expect to see many more Life Hacks in this space.

Read Also:  How to Kill Your Productivity Completely

You Have Reached the End of the Internet

The fact that this can’t really happen, that the Internet is still expanding and growing makes it one of the most important Life Hacks ever. As with some of the others, it has spawned mini-Life Hacks that would not have been available if it wasn’t for the Internet. This really makes it one of the biggest Life Hacks ever. And until the invention of time machines, transporters, or flying hover cars, there doesn’t seem to be an invention that will have as big an impact as the Internet has. As for as Life Hacks go, the Internet itself – the World Wide Web – is an intricate and ever-growing LifeHack that can help or harm.

The Future of Life Hacks?

Some of the so called Life Hacks you read about on the Internet today may pale in comparison to these shining examples of LifeHack-ish-ness (if you’ll excuse us that word), but that doesn’t mean it’s not important to keep in the loop. If you want all the latest Life Hacks that have the potential to change your life for the better, be sure to bookmark us (speaking of time saving Life Hacks…) Productivity is all about utilizing the latest and greatest tools to help you better manage your time (and your life.) While we’ve had some fun looking at the big “Life Hacks” throughout history, being productive is actually serious business.